This is hosted by Something of the Book who created this tag out of a love for lists. There are different topics for us all to be able to take part and you can find the prompts here. There isn’t a specific number of favourites so it’s entirely up to you how many you share.

This week I’m going to share some of my favourite covers of books that released this year! Honestly I can’t get enough of how many beautiful covers we were blessed with this year!

1 The Kingdom of Copper by S.A. Chakraborty

3 We Hunt the Flame by Hafsah Faizal 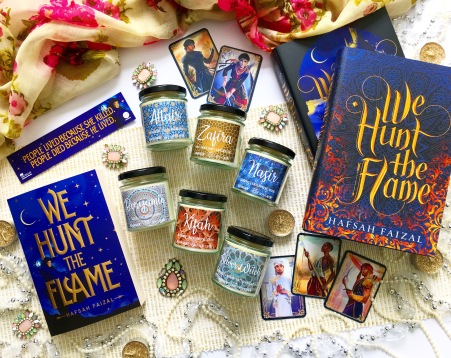 4 The Beautiful by Renee Ahdieh 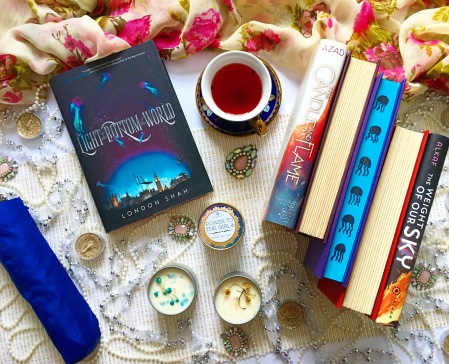 6 The Battle by Karuna Riazi

7 Ayesha at Last by Uzma Jalaluddin

8 The Candle and the Flame by Nafiza Azad

9 The Tiger at Midnight by Swati Teerdala 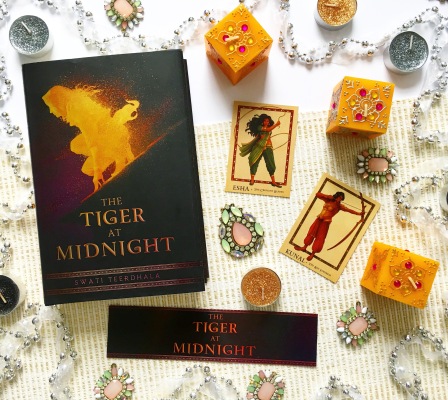 10 The Weight of our Sky by Hanna Alkaf 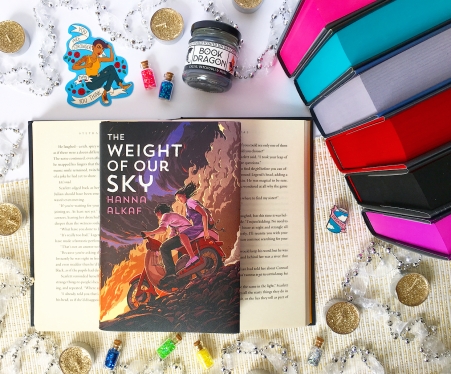 I loved The Gauntlet so much so when I heard that a companion novel was being published I knew I had to read it! I was lucky enough to get this ARC in a trade. And I really loved this book too!

Four years after the events of The Gauntlet, the evil game Architect is back with a new partner-in-crime—The MasterMind—and the pair aim to get revenge on the Mirza clan. Together, they’ve rebuilt Paheli into a slick, mind-bending world with floating skyscrapers, flying rickshaws run by robots, and a digital funicular rail that doesn’t always take you exactly where you want to go.

Twelve-year-old Ahmad Mirza struggles to make friends at his new middle school, but when he’s paired with his classmate Winnie for a project, he is determined to impress her and make his very first friend. At home while they’re hard at work, a gift from big sister Farah—who is away at her first year in college—arrives. It’s a high-tech game called The Battle of Blood and Iron, a cross between a video game and board game, complete with virtual reality goggles. He thinks his sister has solved his friend problem—all kids love games. He convinces Winnie to play, but as soon as they unbox the game, time freezes all over New York City.

With time standing still and people frozen, all of humankind is at stake as Ahmad and Winnie face off with the MasterMind and the Architect, hoping to beat them at their own game before the evil plotters expand Paheli and take over the entire world.

This Paheli isn’t exactly like the one we saw in The Gauntlet so it was interesting to see how it had changed but we do see similarities and familiar faces. Ahmad is taken into the game with Winnie, a girl who he doesn’t really know well at the beginning but they become great friends as the story progresses. It was so nice to see their friendship grow as the story went on and they had to learn to trust each other and rely on each other to get through the game.

I really loved that Ahmad was the main character because we never get to see young Muslim boys as the main character in books so it was really great to see the great rep. I especially loved that he’s an artist! It’s so rare to see that in books and it really made me excited to give it to my 11 year old cousin to read as Ahmad reminded me of him. Being introverted and an artist are often seen as not great things for young Muslim boys so it was great to see that shown in a positive light.

Winnie was also a really great character who helped Ahmad come out of his shell somewhat and see that he is just as great as the other kids in his class and he helped her to work through her insecurities too. It was just so great to see their friendship and how they learned to understand each other. Both Ahmad and Winnie have really great character arcs, especially Ahmad and it was so nice to see them both grow throughout the story.

This book, like The Gauntlet, is action packed and fast paced, filled with rickshaw chases and challenges that push both Ahmad and Winnie to work together. I really loved that this version of Paheli is more high tech yet still had the middle eastern influence that made me fall in love with Paheli in The Gauntlet.

This book is about discovering yourself and growing as a person and accepting that being different from others isn’t a bad thing and that everyone has strengths and weakness. It was so great to be back in this world and I definitely recommend reading both the Gauntlet and The Battle and give it to all the young Muslim boys and girls especially so they can see themselves in books too!

Join 898 other followers
Follow The Tsundoku Chronicles on WordPress.com