So I wanted to share them with you all to so that we can all benefit from them. 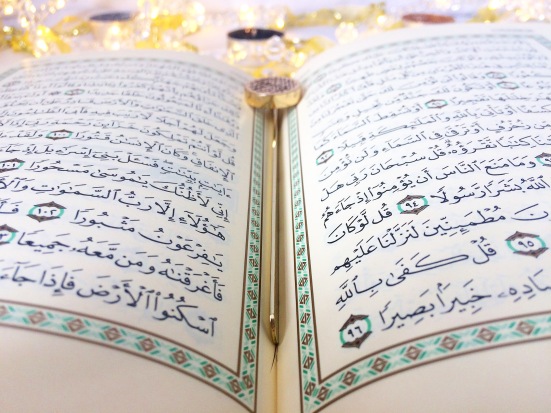 But before I share the 5 qualities he spoke about, he spoke about how the first and foremost way to gain the love of Allah (swt) is to follow the sunnah of the Prophet (saw).

Say, [O Muhammad], “If you should love Allah , then follow me, [so] Allah will love you and forgive you your sins. And Allah is Forgiving and Merciful.” Quran (3:31)

This doesn’t just mean the way you dress, but also, in your character and how you treat others. The Prophet (saw) was someone who had great concern for humanity and always treated others with kindness and respect, no matter who they were.

His sunnah was broad and encompassed all aspects of life so it is important for us to learn about his life and implement the way he was in our lives.

So the 5 qualities that the Imam spoke about:

The people who are patient in the different circumstances in life gain the love of Allah. This doesn’t mean you don’t feel upset or stressed but that you don’t despair and complain about your circumstance to everyone.

2 Muhsineen – The People of Ihsan

These are the people who strive to perfection by being their best possible self and in all that they do.

The Prophet (saw) told us what ihsan is, he said: “It is to worship Allah as though you see Him, and though you do not see Him, you know that He sees you.” (Bukhari)

There are some characteristics of the people of muhsineen:

• They are those who spend from their wealth in times of ease AND in times of difficulty.
• They restrain their anger.
• They pardon people, they forgive others and let things go.

3 Tawabeen – The People of Repentance

4 Mutatahireen – The People of Taqwa

Ali (ra) who was one of the four rightly guided caliphs said taqwa is:

• The fear of Allah.
• Acting upon the Quran. This would mean acting upon the laws of the Quran and the hadith. So living life according to the sunnah and shariah.
• Being content with whatever Allah (swt) has given you, even though it may seem like it is not much.
• Preparing for death and the journey of the Hereafter. We should live life with the hereafter in mind.

5 Mutawakkaleen – The people who have tawakkal in Allah

The Prophet (saw) said: “Rely on Allah but tie your camel.” (Tirmidhi)

This was in response to someone asking the Prophet (saw) if he should leave his camel without tying it to the tree and just trust that Allah (swt) will keep it there. But what we learn is that even though we should trust in Allah (swt) we still need to do the work ourselves. So for example, we have to study and revise before taking an exam, not just do no work and expect Allah to give us a good grade.

When we truly rely on Allah (swt) then He will find a way out for you in any situation you find yourself in.

So these are the 5 qualities we were discussed in the class but he also mentioned a few others and that we should learn the others.

Some of the most beloved to Allah (swt) are those who bring benefit to other people.

Some of the best deeds:

For some further reading I highly recommend reading Muhammad: How He can make you Extraordinary by Hesham Al-Awadi.